Help call on world governments to protect and conserve at least 30% of the world's oceans by 2030! Sign the petition: http://bit.ly/30x30WOD

My mural in Snösätragränd in Stockholm is entitled Blue Desert. It depicts a porpoise stuck in a ghost net and its lower back consists of roots and eelgrass.

The harbour porpoise (Phocoena phocoena) is the only whale that lives in Swedish waters all year round. It is one of the smallest whales and grows to about 140-190 cm in length. Despite the harbour porpoise has been protected since 1973, the population in the Baltic Sea has declined and is critically threatened, there are about 400-500 left. Due to the ruthless predation of industrial fishing, many fish species are overfished and endangered, ecosystems are destroyed and the water is polluted. The amazing marine life of the Baltic Sea has been transferred to human-body mass on land.

Today, over 60,000 km² is dead sea floor of the Baltic Sea's total size of about 377,000 km². It is the world's largest dead sea floor area. The Baltic Sea is an international disaster that is seen as a warning example of what is happening to the world's oceans. Nine countries have coasts to the Baltic Sea, Sweden, Denmark, Finland, Russia, Germany, Poland, Estonia, Latvia and Lithuania.

Nitrogen and phosphorus flow into the Baltic Sea mainly from meat and milk production around the coasts. The nutrients triggers an overgrowth of phytoplankton. When the algae die, they sink to the bottom and consume all the oxygen. All life that needs oxygen dies or needs to move. It is an underwater desert where nothing can live. The algal bloom goes from coast to coast in all directions and can be seen from space.

Up to 10,000 fishing nets are lost annually in the Baltic Sea. They are called ghost nets and are many kilometers long, in which fish, seabirds and marine mammals get stuck and die by suffocation or starvation. They are invisible underwater slaughterhouses that go around with currents for decades.

The critical condition of the earth's oceans is the result of human conscious choices. This radical change of life in the oceans has been made in the last 50 years. The oceans are an important part of the stability of the climate. 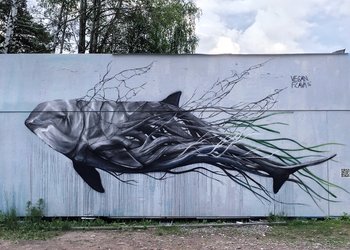 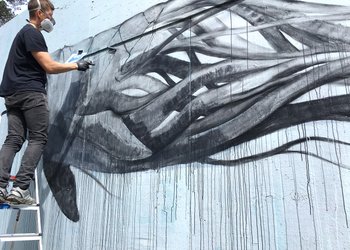 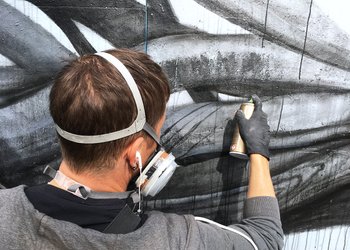 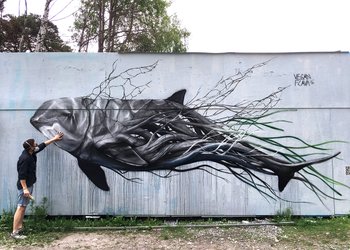 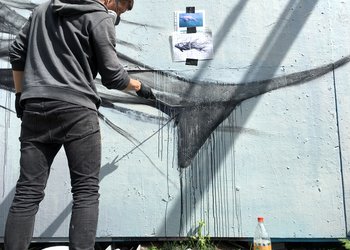 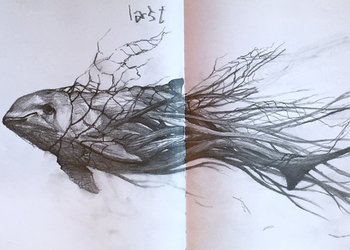