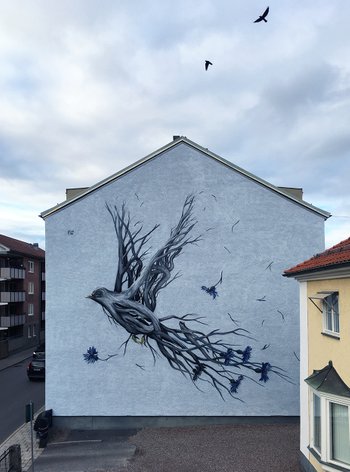 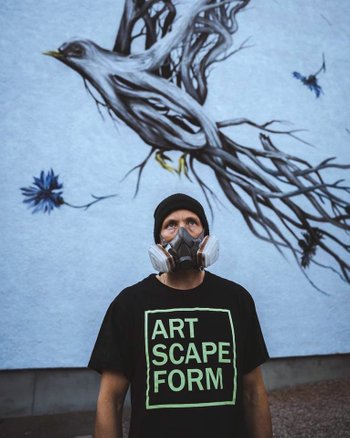 From here to the southern peak

My mural has the title From here to the southern peak, and is located on Snickargatan 5 in central Linköping. It depicts the flower cornflower, Östergötland's landscape flower which roots form a bird that is about to fly over the rooftops. The gable is 13 by 13 meters and stands where the boundary between city and surroundings went until about 1850.

Everything we humans build and create depends on a stable climate. So when we unstabilize the climate, we expose ourselves and future generations to enormous risks.

My mural is about when what we take for granted and self-evident move. Yesterday, just like now when I write, I was in my hotel room, the TV news was on and a short feature reminded me that Kebnekaise's southern peak is lower than the northern peak for the second year in a row. The southern peak has been covered by a 40 meter thick glacier and was Sweden's highest point until two years ago. The glacier has melted by about 1 meter annually since the turn of the millennium. We see, we know and we experience what happens to nature and the climate, but what happens to ourselves, our identity? What happens when what we thought is rock-safe moves or disappears? 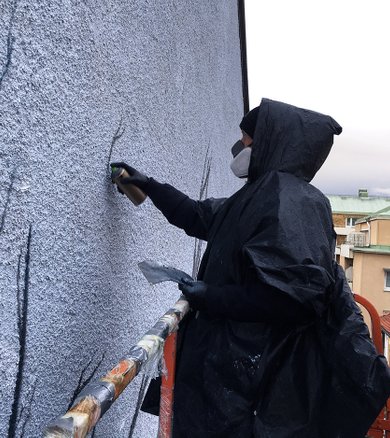 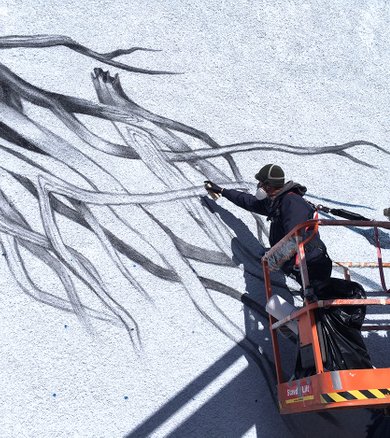